It’s hard being black. Especially when your degree of blackness is often quantified by other black people–who consider themselves blacker than you.  Frankly, I am not sure how the levels of blackness are measured. Growing up, I was told by other black children in the neighborhood that I sounded white, in other words, spoke as if I were a white person. Yet, I lived in their same Brooklyn housing project, attended the same inner city school and played in the same local park.

My mother was well read and kept her bookshelves stocked with a diverse collection of books. The manner in which I spoke was not due to an effort to sound white or even proper (another misconception), but the result of being immersed in a print rich environment with a parent whose advanced use of language was gained by the wonders of reading. Based on recent statistics on the achievement gap of black children, it would seem  that reading and the acquisition of a broader vocabulary is the 8th wonder of the world. The truth is, the more educated you become, the better grasp you have on what is known as Standard American English. The same SAE that is spoken in the professional world and taught in the American school systems. The same English that is read in most books, newspapers and magazines.

Ebonics is not good English

The stance that education holds the key to success is a mantra that African Americans must embrace and hold dear. It is the catalyst that will open doors of opportunity and unlock keys to a world that too often is a challenge for people of color to navigate. In this world, being able to communicate in the language of   what is deemed white america is not only necessary, but indicative of an educated person. Ideologies of people like Erika Gallagher,  a “white passing,” University of Wisconsin-Madison research student, become traps that prevent people of color from advancing in a white dominated capitalist society. According to Gallagher, the English language is racist and discriminatory towards blacks who speak Ebonics –a so called African- American vernacular. In her misguided research of 3 people, she determined  that being forced to speak SAE was “overwhelming and disingenuous” to black people. She concludes that institutions of higher learning and the overall educational system needs to overlook the deficits in the way African Americans speak to avoid the discomfort of code switching.  However, code switching is not a concept exclusive to people of color, marginalized folks or the like. It is a skill, if you will, that persons with an understanding of language in formal and informal environs adopt to adapt to the situation at hand. It would be unreasonable and unprofessional to go to a job interview and say, “cash me ousside, howbow dah?” the trending phrase of Danielle Bregoli–a white passing person- whose failure to enunciate simple words intelligibly has gone viral. What words of wisdom does Ms. Gallagher have for Bregoli whose behavior is often described as acting “black.” Is she also guilty of speaking Ebonics?

It is not uncommon for certain behaviors and speech nuances to to be associated with black culture. But too often those connections are negative portrayals that diminish positive and empowering influences that more accurately depict the black race. Even representatives like Rachel Dolezal, who identifies with being black, trivializes the black community. Yet for her, being black proved to be advantageous. So much so, that she gained a full scholarship to Howard University because as her father says,”she sounded black on the phone.” Her situational blackness is clearly a case of cultural code switching disguised as: relating to and supportive of the black community.  Her ability to sew in weaves, teach Black History, date black men and bear their children is merely a social experiment. But there are many who defend her actions and embrace her “blackness.”  But are you black by default? Does experience or upbringing determine the level of one’s blackness?

Despite being raised by a white mother and grandmother in the cozy isle of Hawaii, former President Obama is considered to be the epitome of blackness. His swag, penchant for hip hop, and basketball prowess exalts his status in iconic black culture. But it’s his upbringing and education at universities such as Harvard and Howard that aid in Obama’s ability to code switch. Imagine if President Obama applied Gallagher’s theory to avoid code switching because it’s too hard? His rise from lawyer, president to public speaker in demand may not have been possible or as easily embraced.

On an unlikely field trip excursion, I escorted a group of teenagers, pursuing their high school equivalency diploma, into the upper echelons of Manhattan’s business district.  Some had never ventured beyond their Bronx neighborhoods. Even the event’s coordinators were surprised to see these young people in attendance.  As I explained who we were and why we were there, I code switched or rather spoke as one professional to another. The students were amazed. “Miss, you speak white?” they asked incredulously.  It was a teachable moment that demonstrated how I, an educated person, aware of my environment and audience, can speak in a language that articulates my intended message without compromising my identity. I’m black simply because I am and  speak Standard American English simply because I should.

Combating Racism and Stereotypes with English

As an educator, it is my responsibility to teach and model the English language properly. Erika Gallagher’s lofty goal to encourage teachers to “accept any form of English that students are comfortable with,” will not equip young African American children to actively engage diverse groups of people in environments where Ebonics is not the norm.

Gallagher’s research is rooted in racism and perpetuates the illusion that her experience and findings teach society to be more tolerant and accepting of African-Americans. “Just because you speak a different way doesn’t mean you’re not smart,”she says. Fortunately, black folks don’t need her help to realize how smart, capable or accomplished we are.  Young black people need more role models like President Barack Obama, educated and well-spoken, or Oprah Winfrey– educated and well read.  They need teachers and communities that refute the narrative that says, “feel oppressed by standard, grammatical English,” because only white people speak well.

Demanding that minorities speak Standard American English in formal settings is not biased or discriminatory.  Schools should not make accommodations for black students that do not meet universal standards of excellence. Teaching should be rigorous and learning met with robust challenge– without apology. Standard American English should be expected and not excused for people of color. Anything less is an insult.

So, Ms. Gallagher, how about that?

Poet, writer, educator and advocate- I have very strong opinions on practically everything. From the Kat's Eye is my virtual soapbox from which I touch upon anything relevant in today's world without apology. Out of love, passion, frustration and plain old common sense, I write without fear and I am honored that you have taken the time to read. View all posts by fromthekatseye

2 thoughts on “Black by Default” 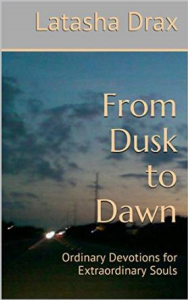